As we continue to look at how different cultures connect over coffee, this week, we’re highlighting another country with a proud and longstanding coffee tradition – Turkey!

Coffee was introduced to Turkey in 1555 when it was brought to Istanbul by Syrian traders. Initially known as the “the milk of chess players and thinkers,” coffee quickly spread through much of Turkish society. Coffee became a drink central to political and social interaction, at home and in the countless coffeehouses which sprang up across the country.

Often considered the first of their kind worldwide, these coffeehouses became integral to Turkish social life, offering a place to meet with friends to talk politics, share news, play chess and read. They also served as entertainment hubs as storytellers and traditional puppeteers took to the stage to share folk tales and satirical commentary on day to day life. The coffeehouse tradition remains strong in Turkey, with people continuing to meet in coffeehouses to spend time together and play board games over strong cups of Turkish coffee. 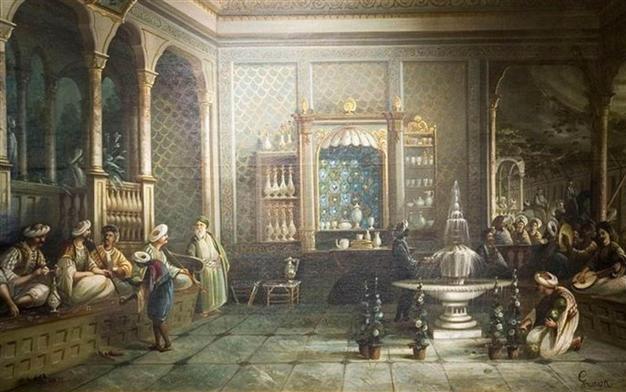 In the 1500s, the ruler of the Ottoman Empire, Kanunî Sultan Süleyma or Suleiman the Magnificent, had specific coffee makers assigned to his court, who prepared his coffee with the help of over 40 assistants - talk about high maintenance! Though the average Turkish household would not prepare coffee in such an elaborate way, it was, and is still, a special undertaking requiring a great deal of skill. In the home, serving coffee is a symbol of hospitality and friendship, and is also used to mark special occasions such as engagement ceremonies and holidays. 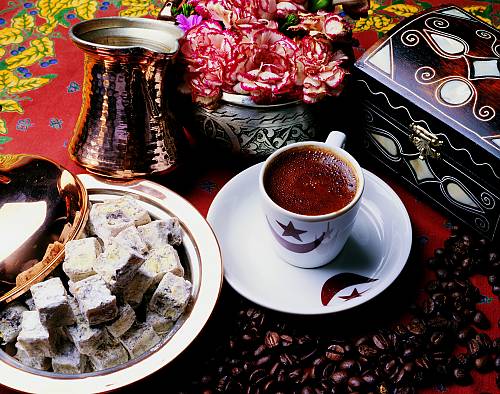 As in Ethiopia, preparing coffee in the Turkish way is unique to Turkish culture. It requires time, skill and attention. Making Turkish coffee starts with an incredibly fine, powder-like grind. The finely ground coffee is placed, along with water, into a cezve – a small copper pot with a long handle. The water is then set to boil. Once a good, rolling boil is reached, the coffee brewer will let foam rise up to the top, removing the cezve from the heat just before it bubbles over. This step is critical. If you don’t produce any foam when you make Turkish coffee, then it is said you haven’t made it properly. Wait too long and the foam will spill over and make quite the mess. Also worth noting, if you take sugar in your coffee, you must add it during the brewing process as Turkish coffee is not stirred after being poured so as to not disturb the grounds. Traditionally, the coffee is served with a glass of water and something sweet (a Turkish delight perhaps) as accompaniments to this dark and flavourful drink.

It is important not to stir your coffee so that the grounds remain settled in your cup. Not only does this help avoid getting a mouthful of grinds as you sip, it sets you up to have your fortune read from grounds found at the bottom of your cup. Coffee readings are another rich part of the Turkish coffee tradition and contribute further to the social aspect of the beverage. Though there are professional coffee readers, friends will also partake in a more casual reading of each other’s fortunes.

If you wish to have your coffee read, there are a few steps to follow. First, drink only from one side of the cup and be sure to leave a little sip of coffee at the bottom as this remaining liquid will help in the following steps. After your last sip, make a wish, and place your saucer on top of the cup. Hold the coffee cup and saucer chest high and turn the cup clockwise three times. Quickly flip the cup and saucer back on to the table, so that the sediment can fall and settle on to the saucer. İşte! (Voila!), your fortune awaits! 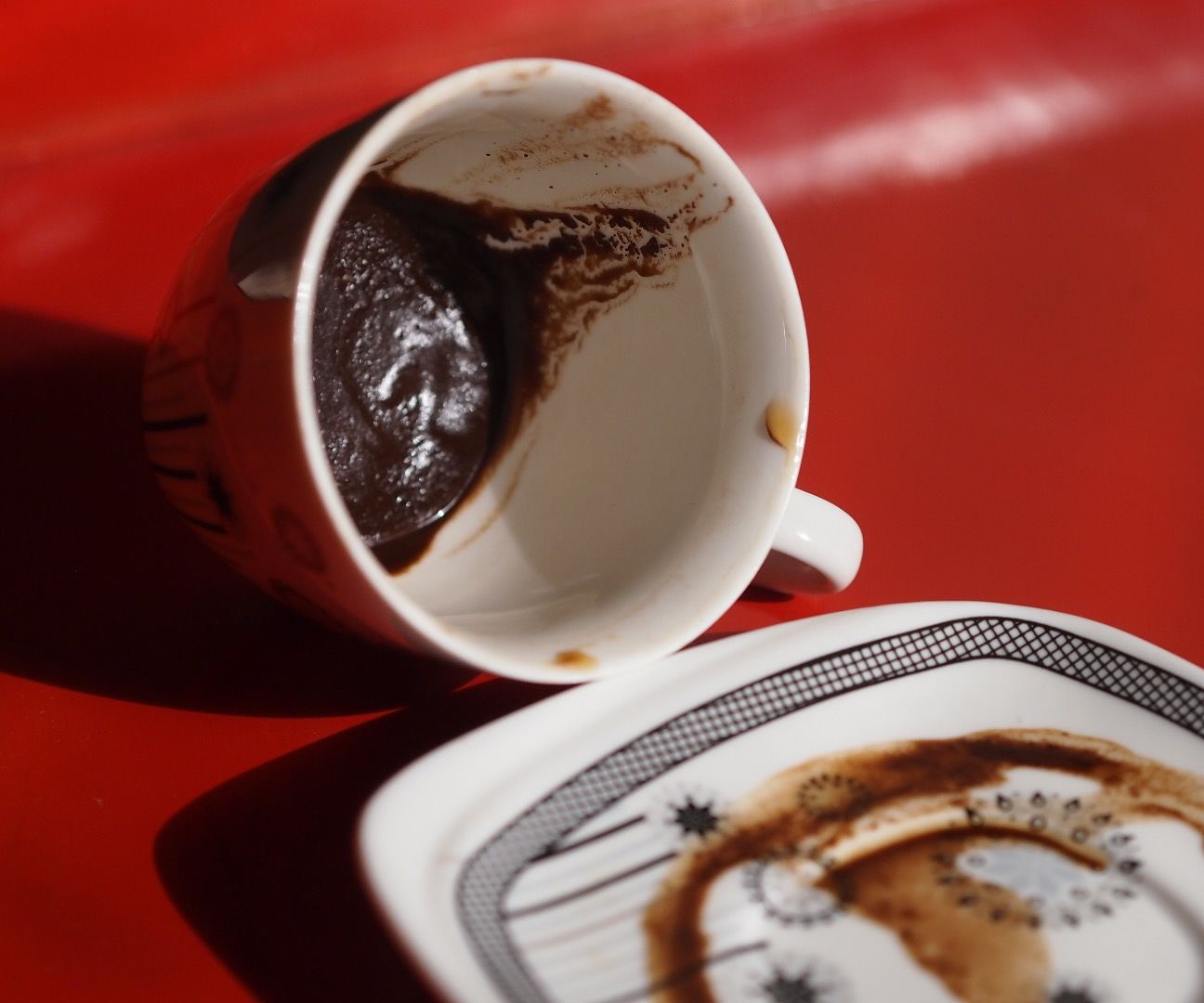 Coffee is such an integral part of Turkish culture that in 2013, it was inscribed into UNESCO’s Intangible Cultural Heritage list, which seeks to capture, document and help preserve unique traditions passed on from generation to generation. The Turkish coffee tradition itself is a symbol of hospitality, friendship, refinement and entertainment that permeates all aspects of life in Turkey.

As the old Turkish saying goes, "One neither desires coffee nor a coffeehouse. One desires to talk with friends, coffee is but an excuse." In these times of social distancing, consider experimenting with your daily brew, and catching up with friends and family, virtually, over a cup of coffee.

“The Tradition of Coffee and Coffeehouses Among Turks”, Turkish Cultural Foundation. Web, 13-04-2020.