While Ethiopia is widely recognized as the birthplace of coffee, Italy is where much of modern coffee culture as we know it began. As we wrap up our tour of global coffee traditions, we explore how this one country has influenced coffee consumption the world over, and is upholding its traditions in a changing world.

Coffee first arrived in Venice, Italy in the late 1500s; not long after it had taken Turkey by storm. Arriving via trade with Eastern Europe, Northern Africa and the Middle East, coffee started out as a luxury item, consumed only by those who could afford it. But as access grew through increased trade, so did coffee consumption amongst Italians. With coffee more widely available, its integration into Italian culture strengthened and it is this widespread consumption that remains an integral part of Italian culture today.

Central to Italian coffee culture is the espresso. This should come as no surprise because espresso and the espresso machine, as we know it today, were invented in Italy. Back in 1884 Angelo Moriondo secured a patent for “new steam machinery for the economic and instantaneous confection of coffee beverage,” and the espresso machine was born. Though the early iterations of the espresso machine did not meet today’s standard for pressure, efficiency, and consistency, they could produce up to 1000 shots of espresso an hour, quickly and effectively fuelling Italians for the day’s activities. 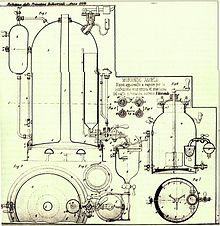 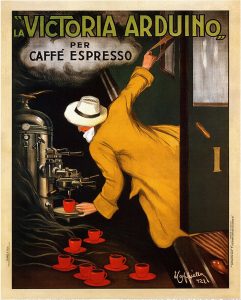 Over the years, inventors continued to tinker with and improve upon the original steam powered model, affixing controls to maintain water temperature, adding levers to increase the pressure applied to pulling a shot, and making other adjustments to enhance the overall usability of the machine. Though they are continuously upgraded, key components of the espresso machine that were developed as far back as the early 1900s are still in use today, such as the portafilter, multiple brewheads and the steam wand. By the 1950s and 60s, two familiar names emerged to make significant contributions to today’s world of espresso. Achille Gaggia invented a spring-loaded lever version of the machine, which both coined the term “pulling a shot” and brought the pressure of espresso up to the 8-10 bar mark we expect today. And we have Ernesto Valente to thank for building the well-loved Faema E61, which uses a motor to generate 9 bars of pressure, rather than relying on the manual force of the barista. This machine would come to set the standard for espresso machines, and though technology continues to evolve, most quality machines you see in cafés today have their foundation in this very model.

Along with the invention of espresso and espresso machines, Italy can also be credited with the emergence of the barista as a professional and viable career path. The combination of high demand and widespread availability of coffee mean there are many opportunities for people to work in the coffee trade. This has contributed greatly to the development of the barista as a respected profession requiring a specialized skill set. Though you can get a coffee on just about any corner around the country, we all know how important taste, preparation, and customer service are to attracting clientele and keeping your regulars happy. As is the case around the world, in Italy, it is critical to set your establishment apart by serving up quality espresso, cappuccinos, and other variants on espresso based drinks, which is why the role of the barista is taken so seriously. This craft can be learned and honed at one of Italy’s many barista training schools or academies. 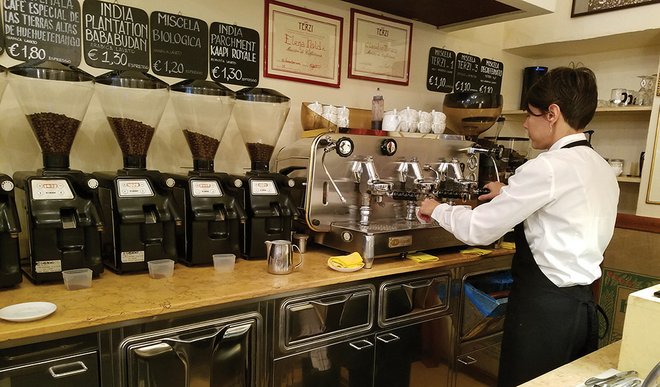 Coffee consumption in Italy has a ritualistic feel to it, and starting the day with an espresso is an essential part of the culture. Typically taken in two to three sips, drinking espresso is cordial and social but not something to linger over. Italians hover around the bar or stand at one of a few high top tables at their local espresso spot and knock back their coffee to fuel whatever the day holds. Though it is possible to sit and linger in a café, this is less common, and you would likely consume multiple coffees during your stay. Take away coffees are also rare, primarily because of Italy’s commitment to espresso, best consumed hot and typically accompanied by a glass of water. In reality, the take-away coffee is just not part of the culture. In the eyes of Italians, and many who appreciate the ceremony and experience of a good coffee, racing around with a big cup of coffee in your hand doesn’t seem quite right. 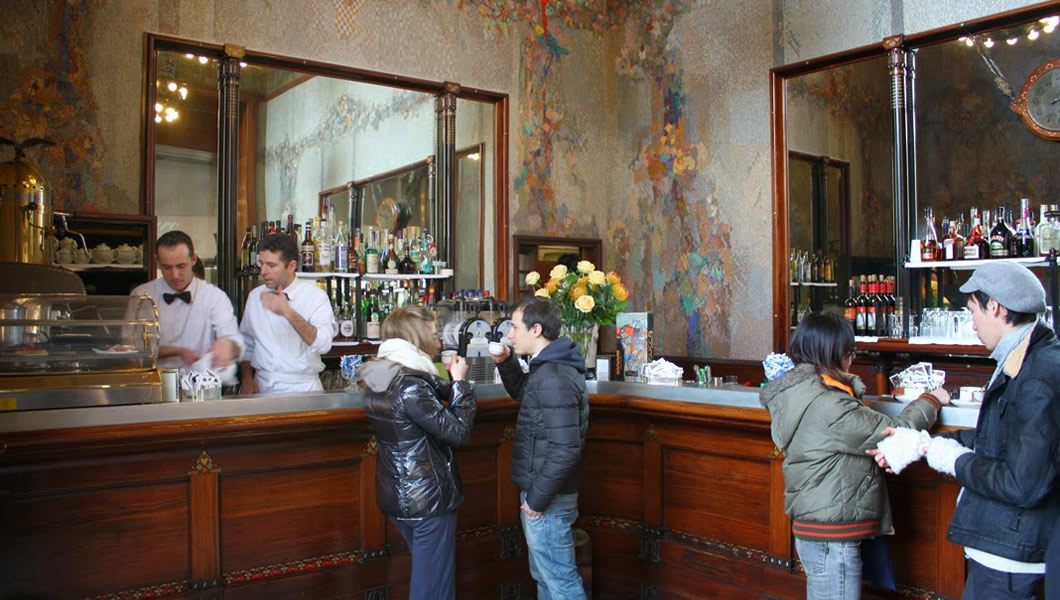 Another aspect of Italian coffee culture worth noting is that cappuccinos and other milky coffees are only served before noon. You’ll be hard pressed to find a place to serve you a cappuccino after lunch and if you ask for one, you’ll be immediately pegged as a turista. And because espresso is so critical to Italian culture, the drink is priced accordingly. Outside of touristy areas, you can nab your fix for less than a Euro or two. This friendly price point also means that Italians typically drink multiple espressos a day, as it serves as the launch point for any activity upon which you’re about to embark.

Having espresso out, in this quick but thoughtful way, has not limited home consumption. Italy also birthed the invention of the moka pot, a wonderful, affordable way to make an espresso-like beverage at home. With both coffee and hospitality being central to Italian culture, having a way to make espresso at home is critical as it’s considered nearly sacrilege to enter an Italian home and not be offered a coffee. As such, it should come as no surprise that in 2016 it was reported that 90% of Italian households contained at least one moka pot. It is not uncommon for a household to have a small moka pot to make their daily coffee, and a large 10-12 cup moka pot to be able to serve guests. Drinking espresso has no real age requirement, as kids will start sipping an over-milked latte with a tiny hint of espresso so as not to miss out on the social aspect of sharing time with friends and family.

From the development of espresso itself, to the invention of the espresso machine, and the emergence of the barista as a respected profession, we have much to thank Italy for in the world of coffee. The next time you  have the opportunity to step into your local café, look around you and take in the rich history of the tools and traditions of the drink that keeps us all moving.